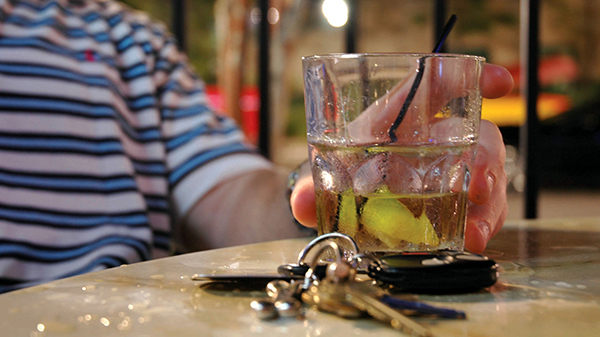 You didn’t think you were drunk. You definitely never thought you would get a DUI. But when that car swerved in front of you out of nowhere, those three drinks that you had at the party slowed down your reflexes. You didn’t brake in time and had an accident. Not only were damages incurred, but the policeman suspected you’d been drinking. Even though you knew the police would be fishing for drunk drivers after the party, you didn’t think you were drunk driving! According to the law, you were Driving Under the Influence. Now what? 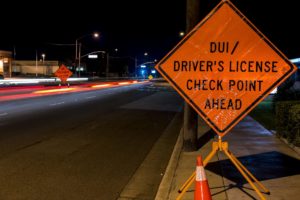 You’re not alone. On average about 200,000 people in California are convicted of drunk driving each year, many of them on New Year’s. Many of the people convicted weren’t even drinking alcohol. If any substance can alter your state of mind, taking it before you get behind the wheel can leave you vulnerable to a DUI charge. California’s DUI laws include medications like prescriptions, over-the-counter medications and alcohol-heavy cough syrups.

Have you or a loved one have been arrested for a DUI? Then it’s good to know what you’re in for in terms of penalties, fines and insurance hikes. The law is not soft on DUI convictions. Penalties are similar in all the states whether it’s called a DUI, a DWI, an OWI or an OVI. For California drivers who are 21 or older, you cannot have a blood alcohol concentration (BAC) of 0.08% or higher. If you do, you can be arrested and convicted of a DUI offense. In many states you can be charged with a DUI just for having an open bottle or can in your car. This is not true in California.

Now that California and many other states have legalized marijuana for recreational use, the same holds true for a marijuana DUI offense. You can be arrested and convicted for having marijuana and/or paraphernalia in the car.

I Had to Take a Sobriety Test!

Yes, most people arrested for a DUI are asked to step out of their cars and prove they’re not driving impaired. This field sobriety test will be used against you. All police officers across the country use the same field tests as evidence for an arrest. 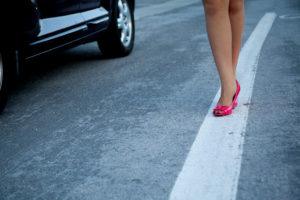 The three tests run by the National Highway Traffic Safety administration are the following:

You can still fight a DUI charge even if you failed a field sobriety test. Maybe you believe your test was administered wrong or in a faulty manner. If so, you can contest the finding. However, it’s advisable that you do so with an experienced DUI attorney who knows the laws of your state. Commonly, DUI lawyers contest the outcome of the field test or even the blood-alcohol test to win their cases.

How Much Will a DUI Lawyer Cost?

This is where this all really begins to hurt, perhaps even more than the monetary and/or physical damages you incurred during the accident. You are looking at a minimum of $2,000 to fight the charge, but it can cost upwards of $6,000. Fighting the charge on your own has little chance of success. You will need to hire a DUI lawyer. While you may not succeed in getting your case dismissed, an attorney can help negotiate a lesser charge from a DUI to a “Wet Reckless” charge. This carries lesser fines and penalties. If this is your first DUI arrest, you have a much higher chance of getting your charges lessened. If you are a repeat offender, the fines just get more expensive and the penalties more extreme. You may also lose your driver’s license.

After a First DUI Conviction

If it’s your first offense, expect to pay about $1,800 in fines plus $2,600 or more in penalty assessments. You may spend time in jail, with the maximum being 6 months and the average about 2 days. Then, you will be on probation for 3 to 5 years. You will also be required to enter an alcohol treatment program. This will cost upwards of $500. You may also have some hours of community service to serve and your vehicle may be impounded for up to 30 days at your expense.

Your license will also be suspended for 30 days starting with the date of the arrest. The maximum your license can be suspended is 6 months, but it can be up to 10 months if your BAC was 0.15% or higher. You will be issued a restricted license after your license suspension is up. For 90 days, you will only be able to drive to and from work. After this, you will have to carry an SR-22 insurance certificate for 3 years. Other possible penalties include an ignition interlock device, which detects alcohol on the breath, and can cost up to $1,000.

After a Second DUI Conviction 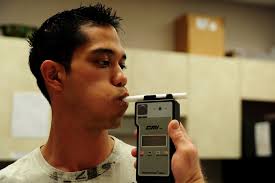 A second conviction is about $2,000 in fines. The maximum in California is $3,000, which is $400 higher than a first conviction. You may likely spend about 10 days in jail before being required to enter an 18 to 30-month-long alcohol treatment program. This will cost you upwards of $2,000. You’ll also be on probation for 10 years and could have your vehicle impounded for up to 30 days at your expense.

On average, a second conviction will lead to the suspension of your license for a year from the date of arrest. The maximum suspension term is 2 years. You will also have a restricted license once you’re able to drive again. This means you can only drive to and from work. Also, you will be required to install an ignition interlock device, which you will run you upwards of $1,000. You will have to carry an SR-22 insurance certificate for up to 5 years.

After a Third DUI Conviction

Now, you’re looking at upwards of $18,000 in fines and 120 days in jail. The maximum is 1 year of incarceration. Your license will be suspended for 3 years. Eventually, you will be eligible for a restricted license with a required SR-22 insurance certificate. You’ll be required to enter a 30-month multi-offender alcohol treatment program which will cost more than $2,000. You may lose the rights to your vehicle or your car may be impounded at your expense for up to 90 days.

California Three Strikes Law applies not only to violent felonies but to multiple DUI offenses. This is especially true for those that result in severe injuries and even death. You can face jail time and license revocation, which can be permanent.

After a Fourth DUI Conviction

Fines can reach up to $18,000 after a fourth DUI conviction. You could face up to 16 months in state prison. Your license will be suspended for 4 years and you will be required to enter a 30-month-long multi-offender alcohol treatment program. This program will cost more than $2,000. Your car may be impounded for up to 90 days at your expense or you may lose all rights to your vehicle. You are also vulnerable to a felony charge even if no one was hurt and there was no accident. If you do get convicted of a felony you will most definitely lose your vehicle.

What if I refuse to be tested when I get pulled over?

Refusal to comply with a breathalyzer or field test can result in an immediate suspension of your license. You will also be liable to criminal charges for refusing or failing a BAC test. You can request a hearing if you believe the suspension was unjustified. However, do not assume you’re better off taking the route of refusing over taking and failing a test. The penalties for refusing a BAC test are as follows

What is an SR-22 certificate? 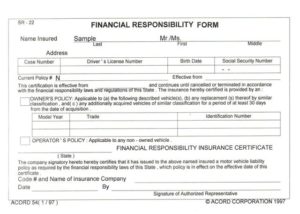 Once you’re convicted of a DUI, you will likely need an SR-22 to drive. The “SR” stands for “statement of responsibility” and ensures that you’re covered fully. Some people with DUIs need to file for this form of insurance for as long as 5 years. As you may have guessed, the points for the DUI charge and the loss of the Good Driver discount will result in a substantial increase in your Auto Insurance rate. If you need an SR-22 and are not sure how to file for one, contact an Insurance Specialist at (855) 919-4247.

What if someone is injured or killed in a DUI accident?

It’s especially awful when there are casualties as a result of drunk driving. Sometimes, Auto Insurance becomes invalid and the damages of an accident become the full responsibility of the DUI driver. A drunk driver can be charged with a felony if someone is killed or injured. In that case, the drunk driver is looking at 1-5 years in state prison.

What type of probation do I have to serve?

Even first-time offenders are usually placed on probation for at least 3 years, but usually no more than 5 years. Additional penalties may be added if you violate the terms of your probation. The terms of a probation period include not driving with any detectable alcohol in your system. They also include driving only to and from work and to any required alcohol treatment programs.

Will my DUI be on a criminal record?

Yes, a DUI goes on your criminal record. It can stay there for 10 years in California, and in some states, it stays there permanently.

Will employers see that I had a DUI in a background check?

No, a DUI does not show up on an employment background check. It’s mainly used by the DMV.

Will my Auto Insurance rate go up after a DUI?

Yes, a DUI will also add points to your license and increase your insurance rates. DUIs have the highest points.

Can IÂ remove a DUI from my record?

In California, you can apply to your District Attorney’s office to have a DUI expunged from your permanent record. First, you must serve all penalties and pay all fines. If you served time in a state prison, however, you will not qualify. You also will not qualify if you have other criminal charges pending.

What is an aggravated DUI? 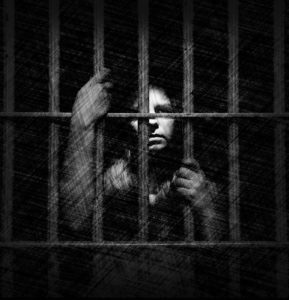 A California Aggravated DUI has more severe penalties. Aggravating factors for DUI cases include past convictions of DUI, a high BAC, reckless driving, speeding, having a suspended license and causing injury and/or property damage. Having a child in the car at the time of the offense is also an aggravating factor. If a drunk driver causes injury or death to more than one victim, there’s a 1-year enhancement of the penalties for each victim. The maximum enhancement is 3 years. People caught drunk driving in safety enhancement and construction zones receive double the standard fines for the DUI.

What if I’m caught drunk driving under 21?

If you’re caught driving under the influence while you’re under 21, you will face two types of prosecution. One will be for the DUI andÂ the other will be for possessing alcohol while underage. This violates California’s Zero Tolerance Law, which is very harsh on underage drunk driving. Penalties for drunk drivers under the age of 21, include license suspension for 1 year, criminal charges, DUI school and upwards of $1,000 in fines.

The information in this article was obtained from various sources. This content is offered for educational purposes only and does not represent contractual agreements, nor is it intended to replace manuals or instructions provided by the manufacturer or the advice of a qualified professional. The definitions, terms and coverage in a given policy may be different than those suggested here and the language contained therein will govern such policy. No warranty or appropriateness for a specific purpose is expressed or implied.