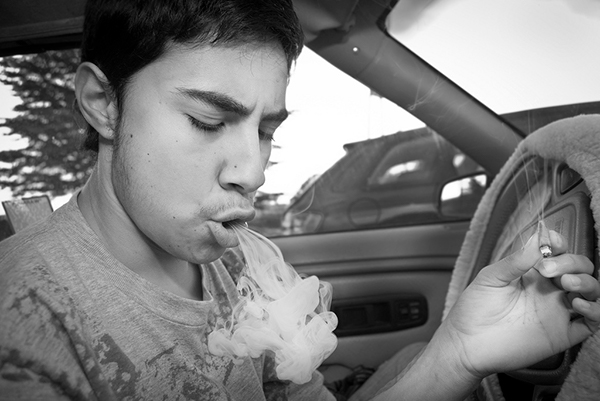 Even though Proposition 64 passed and recreational pot is now legal for adults 21 and older, there are still many unknowns about legal marijuana use in California. While law enforcement all through the state is ready to deal with spikes in marijuana DUIs, one of the dangling questions is how police will test drivers for the use of recreational marijuana.

Marijuana opponents have, for years, argued that legalizing cannabis will lead to more traffic accidents fatalities. “The use of prescription medications and marijuana is becoming increasingly prominent among drivers and is creating more

Others point to studies that show that traffic accidents have decreased in states that have legalized pot. While we have yet to see if the fears of legalized marijuana are founded or not, there are some things that are certain and that you should be aware of if you do use marijuana and drive.

Remember that there are limits to how much marijuana you are legally allowed to have in your possession. As of November 2016, California law states that if you are carrying more than 28.5 grams of marijuana or more than four grams of concentrated cannabis, you are liable to be fined for driving in possession of marijuana under VC 23222 and may face a misdemeanor drug charge.

Is There a Marijuana Roadside Test?

California Assemblyman Tom Lackey has introduced Assembly Bill 6, a new bill proposing that police officers use a testing device after pulling over drivers suspected of driving while under the influence of marijuana. Assembly Bill 6 would allow police to use not a breathalyzer but a saliva test on drivers suspected of being under the influence of marijuana.

“Using new technology to identify and get stoned drivers off the road is something we need to embrace,” Lackey told High Times.

Assembly Bill 6 doesn’t define the limits of legal marijuana use the way a blood-alcohol limit does for drunk driving, however. Also, a saliva test is problematic because a smoker may test positive long after the effects of the marijuana have worn off.

Whether or not Assembly Bill 6 and the saliva test will pass is still not clear, so for now there is no official field test for marijuana. However, many officers are getting trained as official drug recognition experts. These experts are trained to administer a 12-step field sobriety test specifically designed for drug use, not alcohol consumption.

Conditions that can determine whether or not you’re sober include dilated pupils, an elevated pulse rate and other physical conditions associated with drug use.

While lawmakers contemplate the saliva test, police can now use a blood test to charge a driver with marijuana DUI. If you refuse a test, you can be automatically arrested for a DUI.

Marijuana DUI and What You Need to Know

For a first time marijuana DUI you may be penalized with three to five years of probation that may or may not include drug testing. You could face up to a year in jail. Fees and fines will add up to $2,000 and you may be required to attend a 12-week DUI school and have your license suspended for six months.

For a second cannabis DUI, you may face several days of jail time, fees that far surpass $2,000 and an extended DUI school. If you have more than two marijuana DUI offenses, you could even be charged with a felony and face a state-prison sentence.

If you are arrested for a marijuana DUI, you have 10 days to request a hearing with the DMV. If you do not request this hearing, your license will automatically be suspended.

California Vehicle Code Section 23222(b) VC will not likely change and the law states that it illegal to drive high. In Colorado, for instance, the legal limit is 5 nanograms or less of THC. You can possibly lose your license if you refuse to be tested if pulled over on suspicion of a DUI. For now, there is no specific legal limit in California.

DUI for Marijuana Possession in Your Car

While it remains hazy what kinds of tests and standards the state will adopt regarding drivers suspected of marijuana DUI, if a driver is in possession of an open container of marijuana or paraphernalia (with marijuana traces in it) in their car or if a security guard or police stop a driver for smoking pot behind the wheel, even while it’s parked, that driver most certainly faces DUI charges, with or without any tests.

Marijuana and accompanying paraphernalia must not be accessible or within arm’s reach. The no-open container law also applies to passengers as well. The trunk, for instance, is a permissible place to hold marijuana. Ideally, it should be sealed even in the trunk but it must be sealed if it’s in the passenger seat or backseat. This law is not likely to become any more lenient, so if you smoke, it’s best not to travel with cannabis at all. If you don’t have a trunk, the unsealed marijuana can be stowed behind the last row of upright seats.

Driving or riding in the car with an open container is an infraction with a fine up to $250.

Remember that even though marijuana is legal in California, it remains a Federal offense and will show up on background checks, even if your only violation is having an open container in the car and not a DUI.

Where to Get Help

If you have a DUI and are trying to buy car insurance, you know it’s an expensive and daunting task. You’ll want to first contact a DUI attorney who specializes in marijuana cases. If you have any questions or want help finding the best rates for an SR-22, contact an Auto Insurance Specialist who will be happy to answer all your questions and help you get back on the road.