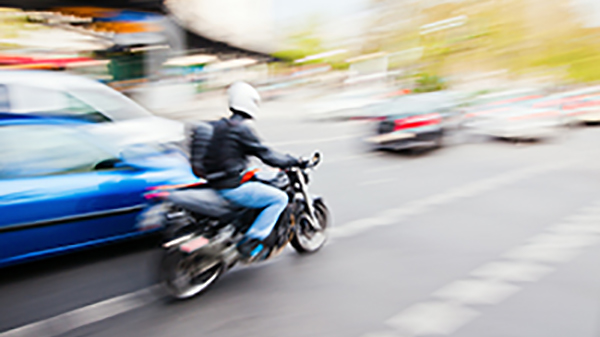 Is Lane-Splitting Legal in California?

Motorcycles are growing more popular as a main vehicle for transportation. You may have even noticed an increasing number of these motorists during your commute to work lately. Well, did you ever notice how most riders beat gridlock by weaving in and out of traffic and riding between cars? Ever wonder if that is even legal?

As you read this article, a bill is moving closer to a vote which would officially make lane-splitting, or riding between other vehicles along the lane line, a legal practice in the state of California. Other terms for lane-splitting are laneÂ sharing, white-lining, filtering, or stripe-riding.

Currently, lane-splitting is neither legal nor illegal in California. However, law enforcement agencies usually treat it as a legal practice. The California Highway Patrol (CHP) even set guidelines on lane-splitting until a citizen complained that it wasnâ€™t the job of the CHP to do so.

This wonâ€™t be the first bill attempting to legalize and regulate this practice. Just last year, the bill also included a 15 mph maximum when lane-splitting. Some motorcyclist groups thought the speed limit was too low. Other groups and citizens said they think lane-splitting is just plain dangerous at any speed and should not be legalized at all.

Revised bill AB 51 proposes that the CHP be in charge of creating official guidelines for safe lane-splitting, including speed limits. This law could make beating traffic by driving a bike to work even more desirable than it already is.

Are you considering buying a motorcycle? For people who are interested in this alternative way to get around, insurance often makes them pause: Do I want to buy insurance on another vehicle when I already pay for auto insurance? Isnâ€™t motorcycle insurance really expensive? 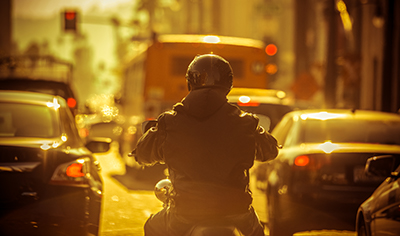 The truth is that you will no doubt save money on gas with a motorcycle. Usually, coverage on a bike is also cheaper than for a car. As for insurance requirements, you must carry liability insurance in California. TheÂ minimum coverage is the same as auto insurance. Additional coverage is optional and similar to those for a car.