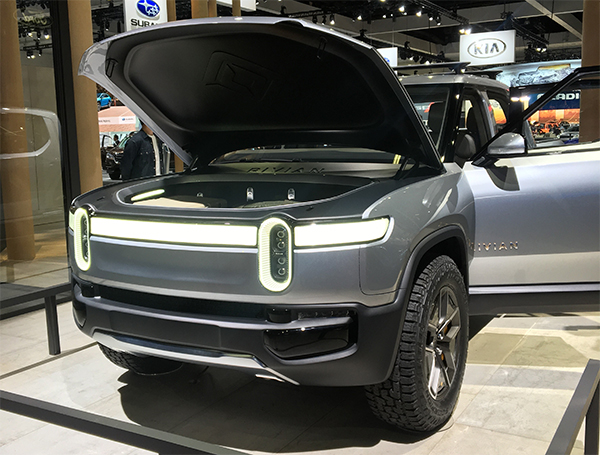 The 2018 LA Auto Show revealed several one-of-a-kind vehicles, features and concept cars for the future. But the Rivian R1T Truck and Rivian R1S SUV are two outstanding vehicles that truly stole the show. More than just concept cars, both of “the world’s first electric adventure vehicles” will be available to consumers in 2020. Over the weekend at the Los Angeles Convention Center, the two Rivian vehicles were debuted for the first time ever. And you can bet that there was a swarm of press, car enthusiasts and other onlookers surrounding them for the entire show. Weren’t able to make it to the LA Auto Show this year? Lucky for you, we’ve rounded up all the information about the new Rivian R1T and R1S you need to know.

*All photos taken by AIS Insurance at the LA Auto Show

Let’s start with the Rivian R1T Truck. This bad boy is like no other outdoor vehicle you’ve seen before — except maybe in your dreams. The first thing that will catch your eye is its sleek and modern look. It may first appear as your typical high-end off-roading pickup truck, but look a little closer and you’ll notice its unique truck bed shape and vertical headlights.

Some of the most exciting R1T exterior features include:

If all the unique exterior features of the five-seater R1T don’t get your blood racing, let’s talk about the other features you can’t help but admire. The all-electric truck can accelerate from 0 to 60mph in just three seconds! It also has a range of up to 400+ miles on a full charge, a payload of 1,700lbs and a towing capacity of 11,000lbs. We bet you have goosebumps now!

In addition to all of that, Rivian preaches that the R1T provides drivers with the ultimate control on every terrain. It also has an interior of sustainably sourced wood and nature-inspired colors and textures to match. The futuristic vehicle even features three digital touchscreens inside. There’s one behind the steering wheel, one in the dashboard and one in the back-center console for passenger use. If you’re not only an outdoorsman but also a techy, you’ll love everything that the Rivian R1T has to offer.

Where the Rivian R1T is clearly designed for the outdoors and the year-round explorer, the R1S SUV offers a vehicle catered more for the everyday driver. This seven-passenger SUV offers three rows of comfort and is definitely not lacking in space or storage either. It features the same digital touchscreens, the same interior textures and colors, and tons of legroom for everyone.

Some more exciting exterior features of the Rivian R1S include:

The Rivian truck and the SUV both feature iconic stadium-shaped headlights. These give the vehicles an even more futuristic feel and will light the way for any deep-forest or nighttime adventures. The R1S also has the amazing ability to accelerate to 60mph in three seconds. Don’t forget about its range of up to 400+ miles on a full charge, its 1,700lb payload and its 7,700lb towing capacity.

At this point, you’re probably dying to get your hands on one of these epic Rivian vehicles. Right now, they’re available for pre-order with a deposit of only $1,000. According to Rivian’s website, production of both electric adventure vehicles will begin in 2020, and the first fully-equipped models with the highest performance level and largest battery pack will be available toward the end of that year. The base variations will be available to purchase soon after that. Their website also states the starting prices of both vehicles: $61,500 for the R1T and $65,000 for the R1S. Both are priced after the federal tax rebate. 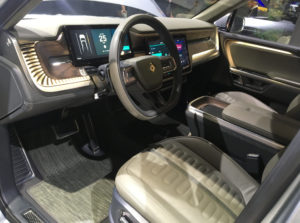 While Auto Insurance rates are not currently available specifically for the two Rivian models, you can currently receive a free online quote for most available 2019 car models. Electric vehicles are typically more technologically advanced and offer additional safety features. Therefore, you may be able to obtain a discount on your Car Insurance. If you’re planning on purchasing a new 2019 car or an electric car, get a free online quote from AIS today to see how your rates will be affected.

The information in this article Is obtained from various sources. This content is offered for educational purposes only and does not represent contractual agreements. It should not replace manuals or instructions provided by the manufacturer or the advice of a qualified professional. The definitions, terms and coverage in a given policy may be different than those suggested here. Such policy will be governed by the language contained therein.