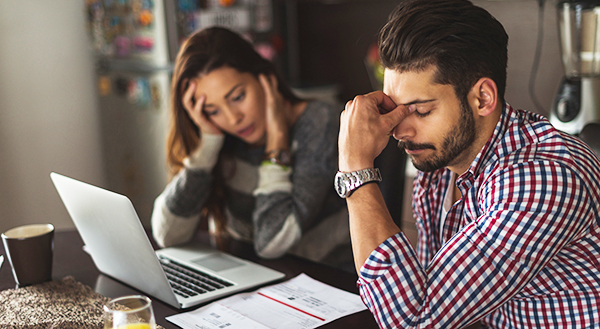 Why Has My Car Insurance Rate Gone Up?

Have your car insurance rates gone up again? If your answer is yes, you are certainly not alone. In fact, if your rates have gone down, you’re in the minority. It’s no secret that since 2012 car insurance rates have been steadily rising. Most people rail against the auto insurance industry and see profit as the only motivation behind the premium hikes. It makes sense that people are angry: Even drivers with pristine driving and several discounts are seeing their rates go up. Most people can’t imagine anything other than greed as the reason behind the high cost of buying car insurance these days. Even cheap car insurance rates are barely affordable for many people. It’s important, however, to know that blaming the hike in car insurance rates to profit-seeking CEOs is simplifying the issue to the point of creating fiction. In fact, even CEOs of big insurance companies are taking a financial hit these days. They aren’t making profits like they used to, not even after the premium hikes you’re seeing. So, why exactly have auto insurance rates gone up 21.5% since 2012? The reason is multi-faceted but it’s worth understanding.

Charging More Solely for Profit Is Against the Law

Remember that the insurance industry is regulated by the government. Each state has its own laws pertaining to coverage and yes, even regarding price hikes. In most states, insurance companies have to file their rates for approval in order to justify an increase.

Today, when insurance rates are at their highest, many insurance companies are operating in the red, not a good thing for a company that pays out for expensive losses. The fact that the insurance industry has been having a hard time making profits is a major reason why they are legally allowed to raise prices. Just to give you some numbers on how bad business really is: State Farms, the largest insurance company in the country, has seen a 35% increase in costs of paying out claims. Claims have become exceedingly expensive to cover these days. Just a year ago, major insurers lost 7% more than they earned. Scary stuff, not just for the companies but for the people they are insuring. 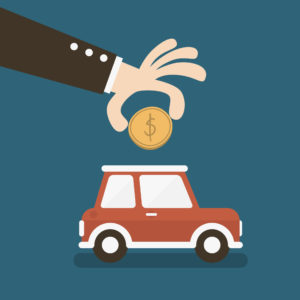 Since 2011, car accidents have become increasingly more catastrophic. Also, we’re seeing more fatalities on the road than ever before. According to the National Safety Council’s estimates, fatalities had risen 6% by the end of 2016 and they rose 8% last year. There are numerous reasons why there are more fatal accidents than ever.

Distracted driving is a very big problem, especially texting and driving. People are just not watching the road. Over 40,000 people died last year, an increase in road fatalities by 14 % since 2014. Even when collisions do not end up in a fatality, severe injuries are often sustained. Due to the rise in accidents, medical costs associated with these crashes have also risen dramatically too. Insurance companies have spent millions of dollars paying out victims. Also, as technological advancements are made to make cars safer, these safety devices end up costing more to fix or replace when damaged.

States that have mandatory Personal Injury Protection (PIP) have seen the highest rate increases, and the ones with unlimited PIP have felt it the worst. According to ratefulings.com, the states that have been most affected include Michigan, Florida, New York, Kentucky, Utah, Pennsylvania and Oregon. If you live in one of these states, you now know that most of the people in your area are in the same predicament.

Will accident rates continue to be this ridiculously high? Most probably, because there are far more people driving than ever before, a reality that only raises the chances of accidents.

Blame it on Global Warming? 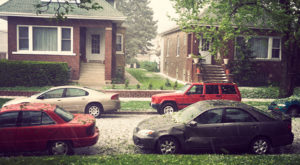 Whether you believe in global warming or not, there’s no denying that there have been more natural disasters in the past few years. Not only have we seen record numbers of hail storms and floods but there have also been tornados that have cost billions in comprehensive car insurance claims. No, it wasn’t just the homes that cost insurance companies money in claims. These costs have really deepened the insurance companies’ losses for vehicles too.

You never know what the future holds, but it doesn’t look too promising for those of us who drive. In fact, fewer teens are driving today because their insurance rates are the highest due to their risk factor. You’d think because of fewer inexperienced drivers on the road, we’d be safer, but the texting and driving is taking its toll on everyone, not just on those involved in tragic accidents.

Self-driving cars and even semi-autonomous cars and features, like the required backup cameras, are proving useful in preventing accidents. But our rates are still rising. The only way insurance rates will stabilize is if there aren’t very many natural disasters, interest rates rise again and if there are fewer accidents on the road.

Even though analyzing why insurance rates are rising will not bring down premiums, the high price we pay to be insured leaves a far less bitter taste in one’s mouth when it’s clear that greed is not dictating insurance companies’ rates. The high price of car insurance is today’s necessary evil, and we can only hope for a less expensive future.

What Can I Do to Get a Lower Car Insurance Rate? 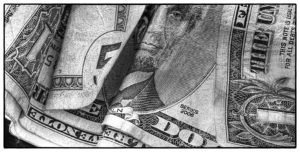 The best thing you can do to combat your most recent rent hike is to shop around. Most people wrongly cling to the notion of a loyalty discount and while some companies may have such a policy, it’s actually smarter to compare quotes from multiple insurance carriers. Of course, if you include wait times, this will take up days of your time. Instead, use a trusted Insurance Specialist (888.772.4247) to compare quotes for you. AIS’s Insurance Specialists only work with top carriers, not fly-by-night companies. They also don’t charge a broker’s fee like some companies. Good luck and good shopping!