What Kinds of Disasters Does Home Insurance Cover?

Posted on September 19, 2016 by acarrasco@aisinsurance.com 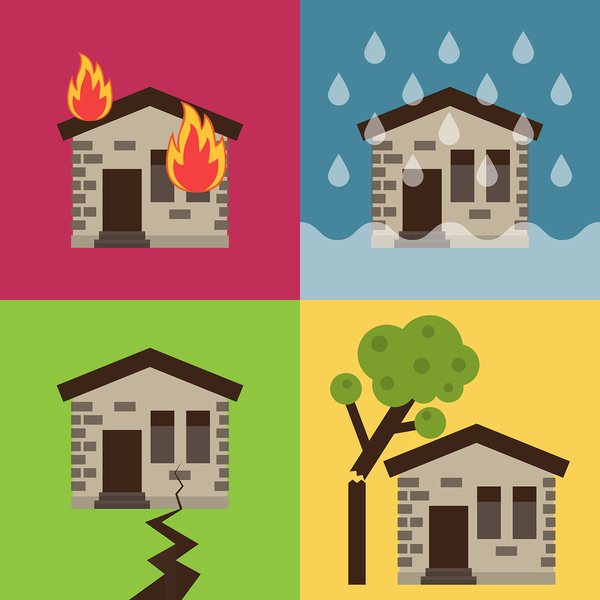 You buy homeowners insurance so that you have financial protection in case an unforeseen event causes damage to your home or personal property. But, what if some major disasters weren’t covered by that policy? Exclusions in your home insurance can impact your future livelihood.

A recent study indicated that natural disasters are now affecting over 200 million people annually. The rate of these events is increasing as well. From 2000 to 2009, there were three times as many disasters as there were in the previous ten-year period. Here is a rundown of disasters covered by your homeowner’s insurance, ones that are excluded by most policies, and some specialized coverage that you can obtain for those risks.

Home owner’s insurance does cover many things that can go wrong and cause you financial harm. That’s why you buy it, right? If your home is damaged in a fire, explosion, or lighting strike, you have coverage. Your home and contents are also covered for smoke damage. Your home insurance also covers you for hail and windstorm damage, with some exclusions for falling objects (such as trees) on a basic policy. If you live near a volcano, you’re covered for that once-in-a-lifetime eruption. On the off chance that an airplane or vehicle crashes into your home, you’re also covered.

A standard home insurance policy has several exclusions. In some cases, there are other coverage options available. Common exclusions include:

A Few Disasters That Are Uninsurable

There are some events and disasters that simply aren’t insurable on a home insurance policy for a variety of reasons. Among these are damage from terrorist attacks, nuclear plant accidents, and termite infestation. In some cases, legal recourse or government claims programs can help when these matters arise.

Despite these exclusions, a home insurance policy provides a great deal of coverage to homeowners. In many cases, the policy will pay to repair or replace your home when damaged or lost, reimburse you for loss of personal property, help out with living expenses, and even protect you in a liability suit. Many home insurance coverages can be tailored to provide additional protection based on your location and your particular needs. Contact us to get a homeowners insurance quote and learn about our tailored insurance programs.

5 Ways to Make Car Rental a Breeze
4 Surprising Services Offered By AIS
Which Roadside Assistance Service Is Right For You?
5 Tips For Getting Motorcycle Insurance
Win a Free Carbon Monoxide Detector!
How to Set Up a Productive Home Office Space
What Is It Like Driving in Texas Compared to California?
The 3 Biggest Misconceptions About Auto Insurance Companies
Resources for Reopening Your Business
How to Navigate Wildfires During a Pandemic