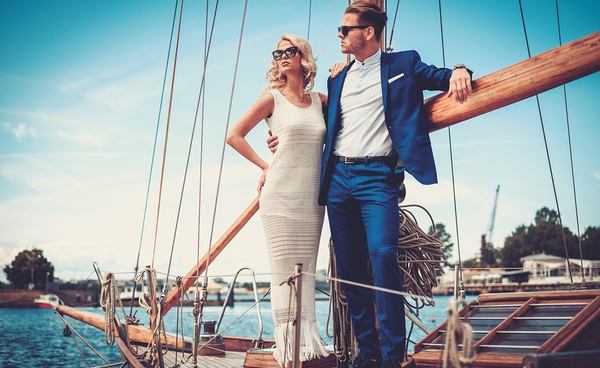 Does Being Rich Mean You Have Lower Auto Insurance Rates?

Man, it’s tough to be wealthy these days. Wealthy people have to pay higher property prices in order to live in the fanciest neighborhoods. Because they have an image to protect, these affluent individuals must also dress in expensive designer clothing, as well as invest in rare art, vacation condos, opulent yachts and other trappings of an extravagant lifestyle. One area where wealthy people may see a price break, however, is in lower Auto Insurance Rates.

A recent study shows multiple examples of a wealthier driver who has been involved in an auto accident receiving lower rates from Auto Insurance companies than their cash-strapped counterpart with a spotless driving record. However, the fact of the matter is that insurance companies use criteria that naturally favors drivers in higher-income groups, such as:

Now, there is some good news for the non-millionaires out there. You can still qualify for low Auto Insurance rates. That’s because there are several factors that have little or nothing to do with income. Some of the most relevant factors when determining Auto Insurance rates include:

Your Key To Affordable Auto Insurance

Finally, there’s a tried-and-true method of saving money on your Auto Insurance that works for anyone. All you must do is shop around for the best rates. Since no two auto insurers are alike, they’ll probably offer you vastly different coverage quotes.

AIS Insurance lets you receive multiple quotes from several auto insurance companies, which allows you to compare policies and prices side by side. As a result, you can obtain the coverage you need at an affordable price – even if you’re not filthy rich. So contact AIS Insurance today for a free quote!