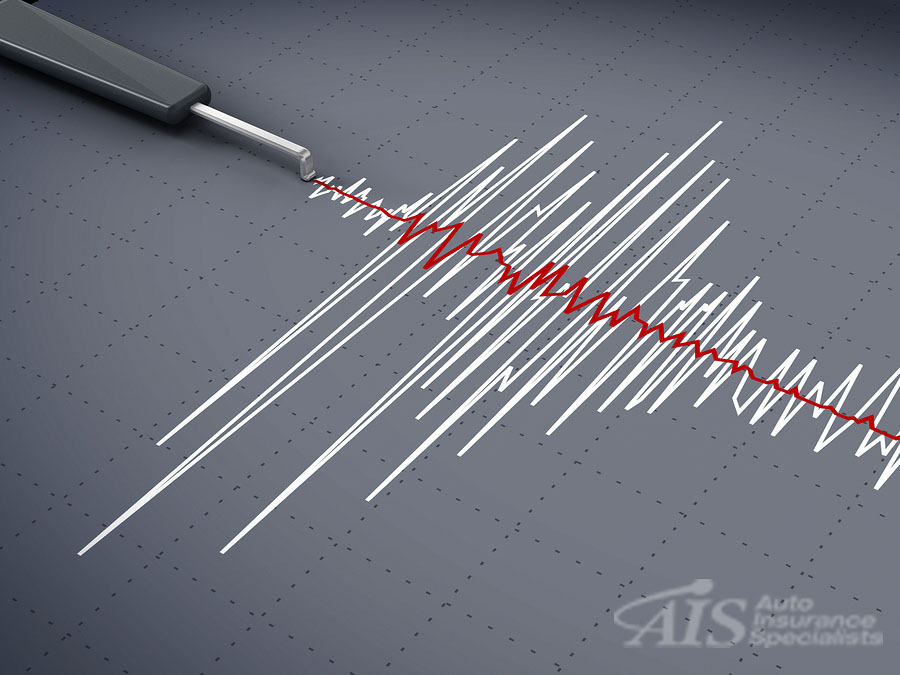 Are You On Shaky Ground? Add Earthquake Insurance for Your Home

Living in California has lots of perks. The weather is great just about all year round, there are wineries everywhere, and jobs are high-paying compared to many other states (although the cost of living is pretty high too). Whether you prefer mountains or beaches, California is a great place to live. In fact, millions of people are living the dream, and most agree that life in California can be wonderful.

One part of living in California that may not be so dreamy, however, is the higher risk of earthquakes. Beneath California is a major fault line, leaving Californians at a high risk for earthquakes. Most long-time Californians have lived through at least minor earthquakes in their lifetimes, and many quietly wonder or dread in the back of their minds when “the big one” might come.

And California is not the only state to have a fault line running through it. Another major fault line in the Midwest runs through Kentucky, Missouri, Arkansas, Illinois, and Tennessee, putting millions more homeowners at risk.

The True Cost of Earthquake Insurance

In reality, earthquake insurance is typically inexpensive compared to what it would cost to repair or replace a damaged home or other structure. Depending on the specifics of your policy, earthquake insurance can cover your dwelling, personal property, additional living expenses, and loss of use. The provisions you include can result in cost variances.

It’s important to carefully consider the coverage you need before signing on the line. If you have family who would let you stay with them in an emergency, you may not need coverage for loss of use or additional living expenses. Others may have enough money saved to replace personal property like TVs, furniture, and artwork that may be lost.

Although earthquake insurance may be more costly in the highest risk areas, such as California, this protection can mean the difference between having a usable home and not having one. Currently, only 10% of Californians have earthquake coverage as part of their insurance. Even in San Diego, that number is only 20%, which means if the ‘big one’ does ever come, most homeowners will not have the resources to rebuild.

Earthquake insurance coverage helps protect your home by providing a way to cover damage or replacement costs if an earthquake does occur.

Other Things to Know About Earthquake Insurance

Most policies have a deductible of five to ten percent of the repair or replacement cost, so the average California homeowner could end up paying tens of thousands of dollarsÂ toward replacing a home that is completely destroyed. Factoring this savings into any contingency plans is a must, and may also factor into the type of policy homeowners choose to get.

There are a number of variables to earthquake coverage plans, including building code upgrade coverage, which will cover the cost of complying with what can be onerous building codes that have changed significantly since some buildings were originally built.

Other variables in cost could come as a result of the materials with which your home was built. The highest risk areas like California have had building regulations in place for years that mandate stronger structures that are more likely to stand up to an earthquake, but some buildings predate even these regulations, and other areas with newer fault lines would not have put these provisions in place to fortify buildings against earthquakes. If your building is not made to withstand earthquake damage, your premiums could be higher as a result.

It’s also important to know whether there are any fault lines in your area. Newer geological survey maps have shown increased earthquake activity in areas like Oklahoma and New York, which were not previously considered high risk. Although this new information could make rates higher in these areas, the risk of a major earthquake will be higher as well, making coverage a wise decision despite its increased expense.

Making Sure You are Protected

The 80 to 90% of homeowners in high-risk areas who don’t have earthquake insurance may be banking on the fact that a damaging earthquake won’t hit their area. Taking this gamble may save a bit of money now, but if and when an earthquake does come, the cost of home repairs or replacement can be huge. Taking the threat seriously (and adding earthquake protection) is wise.

Although most homeowners who live in high-risk areas have plans to purchase earthquake coverage, many of them continue to put it off for another time. Unfortunately, after the fact is too late. Taking a proactive approach is important if you live in an area at risk for earthquakes. Why not explore available earthquake insurance options now, before it is too late?

AIS Insurance can help homeowners find out whether they live in a high risk area for earthquakes and help them find the best earthquake coverage for their needs.