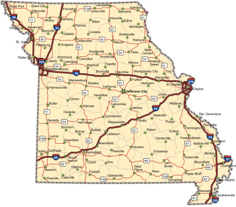 At about $743 a year, the cost of auto insurance in Missouri is fairly low compared to the rest of the nation. But how do these premiums vary within the Show Me State.

ValuePenguin, a cost comparison Web site, decided to find out. The researchers came up with a fictional 30-year old man who drives a Toyota Camry between 10,000 and 15,000 miles per year. He has a clean driving record and good credit, and he owns his vehicle instead of leasing it. Then ValuePenguin queried five different auto insurance companies for average annual auto insurance rates for slightly-above-minimum coverage in 81 different Missouri cities.

When all the data came in, the researchers noticed a correlation between cheaper auto insurance and cities which had low crime rates and/or low population densities. That’s a big reason why the least expensive premiums on average came fromâ€¦ Jefferson City, the state capital. Drivers there pay about $672 a year for their auto insurance, which is 9.5% less than the state average. In second place was Rolla, which sits halfway between St. Louis and Springfield, where the average annual rate was $694. Close behind in third place was St. Peters, on Interstate 70 in St. Charles County, with an average figure of $698. Rounding out the top five were Columbia, the home of the University of Missouri, at $701; and Sedalia, home of the Missouri State Fair, at $703. 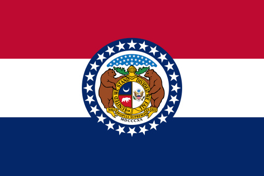 What about the other side of the coin? Can you guess where Missouri drivers pay the most for auto insurance coverage on average?

You Can Reduce Your Missouri Auto Insurance Premium

It’s also important to realize that auto insurance can vary greatly from person to person, as well as insurer to insurer. In fact, it’s not uncommon for the same driver to be quoted several widely different auto insurance rates from multiple companies. 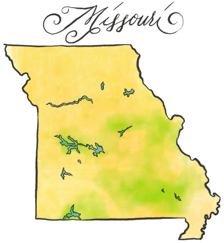 That’s why it’s essential that Missourians do some shopping around for auto insurance coverage. Auto Insurance Specialists has been helping drivers across the nation lower their yearly auto insurance premiums for more than 40 years. And if you let AIS find you a lower rate, you could very well save hundreds of dollars per year on your auto insurance.