What Do People Really Think About Usage-Based Auto Insurance?

Usage-based insurance is one of the biggest innovations the auto insurance industry has seen in quite some time. The question is – will it catch on with Americans?

Here’s the idea: you place a little device (which usually plugs into a fuse port under your dashboard) in your car that reads data from your vehicle’s on-board computer. It collects information on your driving time, mileage, speed, acceleration, braking, and similar categories. This data is transmitted to the insurer, who sets your insurance rate based on your actual driving behaviors, rather than estimating it based on what your peers do. As a result, many people can potentially save a great deal of money on their auto insurance policies.

On paper, it sounds like a great idea. What do regular Americans think?

Deloitte Consulting LLP decided to find out. The consulting firm conducted a survey of almost 2,200 people across all age groups and split evenly by gender. The researchers asked questions in an effort to ferret out attitudes and expectations regarding usage-based insurance.

Age Makes a Difference in Attitudes toward Usage-Based Auto Insurance

Looking at this set of results, it would appear that usage-based insurance faces an uphill battle in the U.S. But when you drill down into the data, you find that this might not be the case.

For instance, when respondents are separated by age group, you find that 35% of those between the ages of 21 and 29 would very much like to try usage-based insurance. That’s more than double the 15% of respondents aged 60 and older who expressed the same feelings. The inverse was true as well: only 38% of the people in their 20s said that they wouldn’t consider trying usage-based insurance, as compared to 56% of the 60-and-over crowd. And the segment of people who said they would be open to the idea of trying usage-based insurance (depending on the discount) can be broken down like this, 62% of drivers between 20-29 fell into this category as compared to just 44% of drivers older than 60. 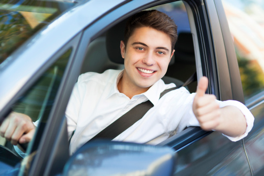 How Much Do People Want to Save With Usage-Based Auto Insurance?

So what kind of discounts are people expecting from usage-based insurance? This question was put to the respondents who indicated a willingness to try the system, and just over 30% said that a discount of five percent or less would be adequate for them. About 23% wouldn’t try it unless there was a discount of between six and ten percent, while 26% held out for an eleven to fifteen percent discount. Finally, about one in six respondents expected a discount of between 16% and 20%, while three percent would try it if they could knock more than 20% off their premiums. Generally speaking, younger drivers and women expected larger discounts than other demographic groups.

The Future of Usage-Based Auto Insurance

Some observers say that a gradual changeover to usage-based insurance is inevitable across the auto insurance industry. But in addition to the apparent reticence of older drivers, this method still has some hurdles to overcome. For instance, some companies charge a monthly fee for the measuring device. Many drivers are concerned about their privacy being compromised given all of the data that is being measured which pertains to their daily life. There’s even a fear lower-income drivers will never embrace usage-based insurance simply because they might wind up having to pay more for coverage instead of less.

Until usage-based insurance becomes more widespread, the best way to reduce your auto insurance rates is to shop around. Auto Insurance Specialists works with dozens of insurers to help find the most affordable policies for their customers. For a free quote in minutes, visit the AIS Web site or call toll-free at (888) 772-4247.