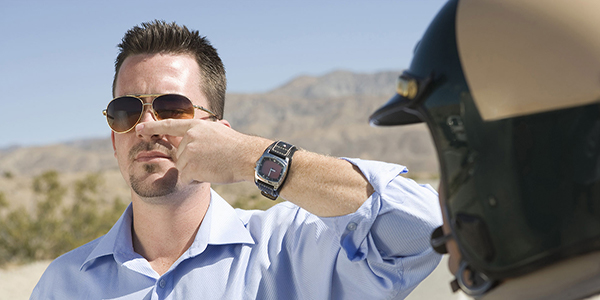 Every year, thousands of people get convicted of drunk driving on New Year’s. Even though most of us know that police are ready and waiting to catch people drinking and driving, folks still get behind the wheel intoxicated after the big party. While penalties are similar across the board, the offense of drunk driving is called different things in different states: driving under the influence (DUI), driving while intoxicated (DWI), operating while impaired (OWI) and operating a vehicle under the influence (OVI). If you’re reading this, chances are you’re already in trouble and want to know what the future holds for you and what your options are with a DUI on y

In California, if you are a 21-year-old driver (or older) driving with a blood alcohol concentration (BAC) of 0.08% or higher, you can be arrested and convicted of a DUI. In many states, you can also get a DUI for having an open container of an alcoholic drink or marijuana and accompanying paraphernalia in the passenger seat of a vehicle. Alcohol and marijuana are not the only substance that can result in an arrest. If you have taken prescription medications or over-the-counter medications that alter your state-of-mind, you can also get a DUI.

Even though drunk driving laws and penalties differ from state to state, all police officers in the U.S use the same field tests to establish probable cause before an arrest.  Three tests are sanctioned by the National Highway Traffic Safety administration: the Walk and Turn Test, the One-Leg Stand Test and the Horizontal Gaze Nystagmus Test.

If you took such a test at the time of your arrest, it’s still not too late to fight the charges, especially if you believe your test was administered in a faulty manner. You can always contact a DUI defense attorney in your area who will try to work within the laws of your state to fight the DUI charge. Often, DUI lawyers contest the technical shortcomings of the field test or BAC test.

In California, a DUI attorney’s services generally range between $2,000 and $6,000. But do note that negotiating a lesser charge is hardly ever done by the defendant directly. It’s usually the job of the attorney, who can sometimes bring a misdemeanor DUI down to a lesser “wet reckless” charge.

As you can imagine, each time you are charged with a DUI, the consequences become more severe and costly. The following are some average penalties for multiple offenses in the state of California. California is ranked 31 in the country for having the harshest penalties while Arizona is the strictest and North Dakota is the most lenient. You can gauge what kind of costs you’ll be shouldering based on these averages and where you live.

If Someone Is Killed or Injured in a DUI Accident

The at-fault drunk driver can be found guilty of a felony and can be committed to 1-5 years in a state prison if someone is killed or injured as a result of their negligence. Also, a person faced with a fourth drunk-driving charge over a ten-year period may be charged with a felony, even when no one was ­injured as a result of the offense. Prior convictions of misdemeanor DUI, alcohol-related reckless driving, or driving with a BAC over 0.08% only increase prison sentences.

SR-22 Certificate – What Is it and How Much Will it Cost Me?

After a DUI conviction, you will be considered a “high-risk driver” by insurers for years. You’ll most likely have to file for an SR-22 certificate. The SR stands for “Statement of Responsibility.” You may need to file this certificate with the Department of Insurance for up to five years following a DUI. Not all insurance carriers sell SR-22 Certificates, but AIS works with several partners if you end up needing to file. Contact one of Auto Insurance Specialists at (888)772-4247 if you need more details about how to move forward after a DUI. SR-22 filings are expensive but are often the only way to move forward if you hope to drive again.

If you had an accident while drinking and driving, the consequences can be very severe. In some cases, the drunk driver’s insurance will become invalid after an accident. This means that the driver with the DUI becomes fully responsible for the damages resulting from the accident.

Even if there is not an accident and you are found guilty of a DUI, you can count on your car insurance premiums going up significantly. An insurance carrier may also cancel your policy. If that happens to you, you’ll need to buy another policy in order to get your license. Buying insurance with a DUI will be expensive and difficult. AIS can shop rates with carriers that insure high-risk drivers.

Does a DUI Go on a Criminal Record?

In states that use a point system on driver’s licenses to track behavior, DUIs have the highest points and therefore affect insurance rates greatly.

It’s also important to note that if you have any DUIs on your record any future DUI penalties will most likely be very severe.

In some states, like California, you can apply to have a DUI expunged from your permanent record. Most people use a DUI attorney to appeal to their District Attorney’s office to have the DUI removed from their record.

In order to qualify to have your DUI expunged you must first serve all penalties, even probation time. You cannot have served time for the DUI in a state prison (county jail is okay). You must also not be in the midst of facing other criminal charges.

If you have any more questions about your drunk driving charges and what you need to do to get back on the road legally and safely, contact an Auto Insurance Specialist at (888) 772-4247. We’ll be glad to answer your questions and find you the cheapest way to get behind the wheel again.