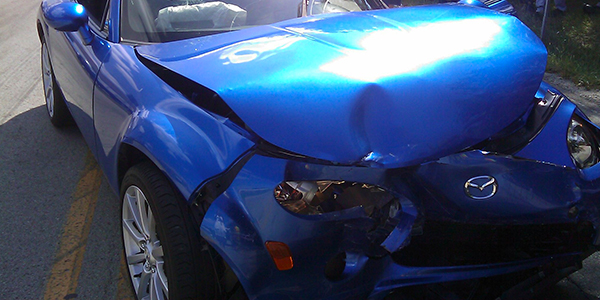 The 6 Most Expensive Car Collisions in History

Any car accidentÂ comes with expenses. But someÂ car collisions can be exorbitantly expensive due to the size of the accident and the price tag of the cars involved. That’s why it’s so essential to have adequate Car Insurance.

Yes, it’s true that insuring theÂ types ofÂ cars mentioned in this article requires special Auto InsuranceÂ which typically costs more.Â However, once youÂ read about the most expensive car collisions in history, you might be reminded that carrying more coverage is worth it. When you only have minimum coverage, it may simply not be enough to cover theÂ costs involved after a collision. And trust us, you don’t want to be stuck paying any of the expenses involved with the types of car collisions we mention below.

In Japan in 2014, a $1.2 million white Toyota 2000GT had a head-on collision with a tree. This caused the entire frame to crumple like a sheet of paper.Â There was also extensive damage to the front and back windows and lights. This accident gave new meaningÂ to the term ‘accordion seats.’ Hopefully, the driver was not in the seat when it folded.

Atkinson, best known for playing Mr. Bean on the popular British TV show, survived aÂ crash while drivingÂ his McLaren.Â The $1.4 million repair bill for Atkinson’s crash was the largest ever recorded in the UK up to that date.Â He went on, a few years later, to assist another McLaren driverÂ after the stranger crashed into a tree. 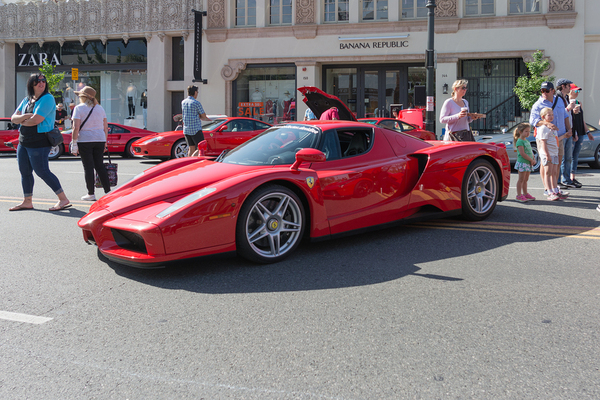 In 2007, comedian Eddie Griffin crashed a rare Ferrari Enzo while practicing for a charity race on a racetrack. The car was destroyed, but Griffin was uninjured. Some spectators thought the crash wasÂ a publicity stunt since the car was related to Griffin’s upcoming movie, Redline, and was owned by the movie’s producer. Both Griffin and the producer denied that it was a stunt. The car was later repaired for $1.5 million.

On a slightly wet road, this 14-car pileup included eight Ferraris, one Lamborghini Diablo, one Skyline R33 and one high-end Mercedes-Benz. The crash took place in 2011 and caused extensive damage to theÂ luxury vehicles involved. It’s not hard to imagine why the repair cost ended up being almost $4 million.

Each of theÂ Fourteen Formula One race cars involved in this 1998 Belgian Grand Prix crashÂ ended up with anÂ estimated repair cost of $1.8 million. That’sÂ a total of over $25 million in damage! Every insurance adjuster’s nightmare, the average F1 car today is now valued at nearly $10 million. This cost difference is due toÂ the impact of inflation, as well as technological advances.

In this accident,Â a Ferrari was pushed into the path of an oncoming minivan and the owner’s wife suffered a broken arm.Â The other driver and passenger were also injured after rear-ending the blue-and-yellow race car during a historic rally. Although no one is sure of the actual amount of damage, the car is now worth $38 million and climbing. That earns this accident the title of most expensive car collision in the world. 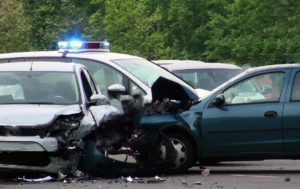 You may not own a vehicle with a 7- or 8-figure price tag, but accidents can cause damage to other vehicles, property and people, whichÂ quickly adds up.Â That’s whyÂ it’s important to carry enough Auto Insurance coverage so that you don’t break the bank trying to pay for any car collisions.Â You shouldÂ note that the minimum Liability Insurance required by your state only pays for the other person’s damages and/or injuries if you cause a crash. In other words, any damages or injuries that happen to you in an accident in which you’re found at fault are not covered by Liability Insurance.

What can you do to better protect yourself? Consider adding Collision and Comprehensive coverage to your Car Insurance policy for coverage when the unexpected happens. It mayÂ cost much less per month to add that extra coverage than you think. Plus, you’ll have peace of mind knowing your wallet is less vulnerable in an unfortunate situation.

The information in this article is obtained from various sources. This content is offered for educational purposes only. It does not represent contractual agreementsÂ and should not replace manuals or instructions provided by the manufacturer or the advice of a qualified professional. The definitions, terms, and coverage in a given policy may be different than those suggested here. No warranty or appropriateness for a specific purpose is expressed or implied.