Got a Car Backup Camera? Unfortunately, No Insurance Discount!

Modern passenger vehicles are well-designed to help drivers avoid collisions. Sightlines are maximized, side and rear view mirrors are provided, and even blind spot sensors are installed in these vehicles.

Although these features help motorists while the vehicle is in drive, there are still problems when the vehicle is in the reverse gear. Even if drivers use their mirrors and/or turn around to look behind them, they are still at risk of causing a collision.

Unfortunately, she can’t see everything that’s behind her.

The Emergence of Backup Cameras

As a result, many automakers have now outfitted their vehicles with a backup camera. The camera is installed on the rear bumper or lift gate, and the image is transmitted to a screen in the front console. This allows the driver view of objects or people that are directly behind the vehicle. Federal regulators like these backup cameras so much that they are mandating them on all vehicles that will be sold in the U.S. in the future.

Backup Cameras Will Be Standard Equipment within Four Years

The National Highway Traffic Safety Administration will begin phasing in this regulation in May of 2016, and all vehicles must comply with this rule prior to May of 2018. According to an NHTSA report from 2010, about 15,000 people are injured and 210 die each year in backup auto accidents. About 31% of the fatalities are kids under the age of five, and another 26% are adults over 70 years old.

The viewing zone on all of these mandatory backup cameras must be a minimum of ten feet by twenty feet. The estimated additional cost to the sticker price of every vehicle will be between $132 and $142; but for cars which already have console screens for other functions, the added cost will only be about $43 to $45.

Get used to seeing these screens in passenger vehicles.

Backup cameras join air bags, anti-lock brakes, and daytime running lights as standard features on cars, trucks, SUVs, and vans that are designed to improve safety on American roads. But unlike these other features, the installation of backup cameras will not result in a discount on consumer auto insurance rates.

No Data = No Discount

Insurance companies say that because the backup camera is a relatively new invention, there hasn’t been enough time for data to accumulate regarding any possible positive effects on accident prevention. And until insurers detect a drop in the number of injuries, fatalities, and collisions reported among vehicles with backup cameras, they won’t be lowering insurance premiums based on the installation of this feature.

The NHTSA estimates that if all vehicles were equipped with backup cameras, somewhere between 58 and 69 lives would be saved each year in the U.S. But insurance companies only set rates based on historical data, not estimated figures. And even if the NHTSA numbers are accurate, an insurance spokesperson says that the reduction wouldn’t make much of a dent in the tens of thousands of annual accident fatalities across the nation; and that any corresponding decrease in insurance premiums would be well under $1 per policy. But if future data indicates that backup cameras do help lower the incidence of injuries and fatalities – or even greatly reduce total auto repair damage claims – then consumers might eventually get a break on their premiums. 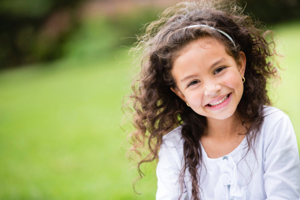 You Can Still Lower Your Auto Insurance Rates

Thankfully, there are many other ways that drivers can lower their auto insurance premiums today. The people of Auto Insurance Specialists are experts in finding auto insurance policies which can often save their customers hundreds of dollars each year. AIS can also help drivers figure out if they qualify for any insurance discounts. For more information on how AIS can find an affordable auto insurance policy that’s suitable for your needs, visit their Web site or call them directly at (888) 772-4247.