Pay-As-You-Go Insurance App: Too Good To Be True?

The process of obtaining auto insurance has become much easier in recent years with the advent of the Internet. Now, people can visit an insurer website, enter some information, get a rate quote, and purchase auto insurance coverage. Also, digital proof of insurance is starting to be offered in many states, allowing users to keep “virtual insurance cards” on a smartphone instead of having to dig through a glove compartment or purse to find a card.

However, the basic procedures which determine how much you pay for auto insurance haven’t really changed all that much. Insurers take your information, and assign you a premium amount based on how people in your risk group drive. They don’t take into account how your driving habits might differ from those in your peer group. 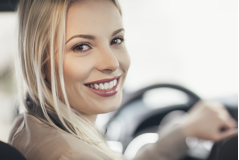 But that may be changing with the advent of a new concept: pay-as-you-go auto insurance.

What is Pay-As-You-Go Auto Insurance?

Here’s how it works: a driver installs a device in the data port of his or her vehicle. The device tracks precise driving distances as well as habits and behaviors like acceleration, braking, and speed. This information is transmitted to the insurer, who complies a premium that is specifically tailored to the individual driver. So if the driver only logs 4,000 miles in a year, he or she would be charged for insurance accordingly rather than grouped into a standard “7,000 miles and under” mileage category which is typical of many insurers.

One of the newest pay-as-you-go developments is a mechanism known as MetroMile. It’s currently operational in Oregon, Washington, and Illinois, and rates start two to five cents per mile driven (plus a $20 monthly fee). The device installs on any vehicle that’s newer than a 1996 model-year, and the application syncs up with current iPhone operating systems.

But just how well does MetroMile work? 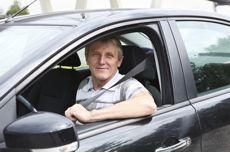 In addition to tracking mileage and behaviors, MetroMile offers several other features that benefit the driver. Some of these include virtual mapping, gasoline cost computations, certain engine warning alerts, and vehicle location capability (so you can help remember where you parked your car). But the biggest advantage is the potential for cost savings on your insurance premiums. For instance, if you were charged a nickel a mile and a $20 monthly fee, and you drove a thousand miles per month, that would add up to a monthly premium of just $70; which works out to $840 a year, a sum that could be significantly lower than a standard policy premium.

However, given that the technology is in its infancy, there are some drawbacks to it. There have been reports that early versions on MetroMile aren’t working as smoothly or as quickly as intended. For instance, a proposed map path might pass directly through a building, or a check-engine status may not be reported for a couple days. There’s also the concern about privacy. Even though MetroMile insists that its data won’t be shared with anyone else, some people may worry about hackers gaining (or government agencies demanding) access to the data.

Like many other new technologies, consumers must decide for themselves whether MetroMile and/or pay-as-you-go insurance is right for them. If drivers are looking for ways to save money on their auto insurance, they can also turn to Auto Insurance Specialists for help. AIS has been helping drivers pay less for auto coverage for more than four decades. And it only takes a few minutes to get multiple quotes on car insurance, so check out the AIS website today to see if you can find a cheaper policy! 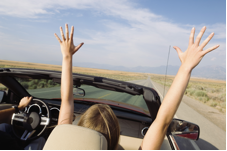