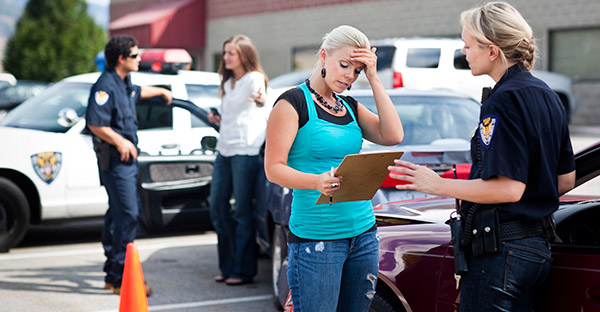 It’s an unfortunate fact that there are many uninsured and underinsured motorists on the road. Yes, these drivers are putting themselves at risk of getting caught breaking the law. But if they are involved in an accident, they also probably won’t have the means to pay for the damages they have caused. This will cause problems for the insured driver, especially if it’s a really bad accident. Because of this, uninsured and underinsured drivers can face stiff fines and even jail time. According to the Insurance Research Council (IRC), 1 out 7 drivers is uninsured. That’s a lot of accidents that aren’t covered.

Most people don’t fully understand the consequences of being uninsured. As an uninsured or underinsured driver, you’re still prone to financial setbacks. A driver without adequate coverage on their Auto Insurance policy will have to pay for the cost of damages and injuries out of pocket if they cause an accident. However, more often than not, uninsured or underinsured motorists don’t have the means to pay a settlement. That would force the not at-fault party to pay for their own damages and injuries, even if they have insurance. Basically, you don’t want to be that guy. 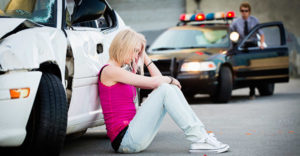 To protect yourself from dealing with an uninsured or underinsured driver, consider buying an add-on coverage specifically made for the sorts of scenarios mentioned above. This type of coverage is Uninsured and Underinsured Motorist Insurance (UM). In addition to this coverage, you’ll want to make sure you have higher policy limits on your Liability Insurance so that you are not the underinsured party in an accident.

UM Insurance is required in some states, and others are considering adopting it, too. Most states allow you to waive the coverage by signing an explanatory form and what you are giving up. However, the more uninsured drivers there are, the more it costs all people to buy insurance. Some states have added Uninsured/Underinsured Motorist Insurance as a requirement to help deter these heavy costs.

If you elect to buy this type of insurance, you can set your own coverage limits.

If you’re unsure about what the limits of your Uninsured or Underinsured Motorist Insurance should be, speak with an Insurance Specialist at (855) 919-4247.

With Uninsured Motorist Insurance (UM), you and everyone in your vehicle will be covered for medical expenses, lost wages and pain and suffering. You will also be covered in the case of a hit-and-run. However, this coverage only applies when the other driver is partially or fully at fault for the accident and has inadequate insurance to cover expenses. This type of UM Insurance is required in some states.

There is also Uninsured Motorist Property Damage Coverage (UMPD). It’s rarely required and doesn’t even exist in some states. This is not because it’s not a valuable type of coverage, however. In fact, when available, it’s a wise add-on to purchase. One accident can leave you with hefty bills you never anticipated. In order for you to be covered, the other driver must be at least partially at fault in the accident and, again, have no or too little insurance to cover losses. Typically, this coverage has a set limit for your vehicle repairs if you don’t have Comprehensive and Collision coverage, or it will waive your deductible if you do.

In short, you don’t want to be on either end of an accident that involves an uninsured or underinsured driver. Protect yourself by having adequate amounts of coverage on your vehicle(s). Also, buy additional coverage so that you don’t end up paying a pretty penny if the other driver causes an accident and doesn’t have enough insurance.

The information in this article was obtained from various sources. This content is offered for educational purposes only and does not represent contractual agreements, nor is it intended to replace manuals or instructions provided by the manufacturer or the advice of a qualified professional. The definitions, terms, and coverage in a given policy may be different than those suggested here. Such policy will be governed by the language contained therein. No warranty or appropriateness for a specific purpose is expressed or implied.

5 Ways to Make Car Rental a Breeze
4 Surprising Services Offered By AIS
Which Roadside Assistance Service Is Right For You?
5 Tips For Getting Motorcycle Insurance
Win a Free Carbon Monoxide Detector!
The Benefits of Mechanical Breakdown Insurance
Here's Why Everyone is Moving to Texas and How AIS Can Help
How Workers Compensation Insurance for Business Works
8 Signs It's Time To Get A New Car (And Which Cars To Avoid Buying)
8 Neighborhoods with the Best Christmas Light Displays