Driving With Semi-Trucks (How To Stay Safe) 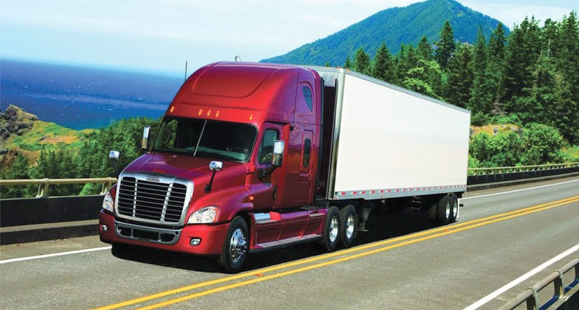 Whether you are embarking on a family road trip or just have a long daily commute, it’s important to follow proper driving techniques around large semi-trucks. Semis react very differently to ordinary driving situations, and even small errors can cause serious accidents. We want you and your family to stay safe, which is why we have compiled some driving tips to keep you out of dangerous situations.

Stay Out of Blind Spots

Large trucks have certain areas, also known as blind spots, which prevent them from seeing other cars in their mirrors. These blind spots typically occur on the front sides of the truck as you approach the cabin. A good rule of thumb is that if you cannot see your reflection in the side mirrors on the truck, the driver cannot see you. Don’t become invisible to the truck driver by lingering in these areas any longer than necessary.

Stay Away From the Tires 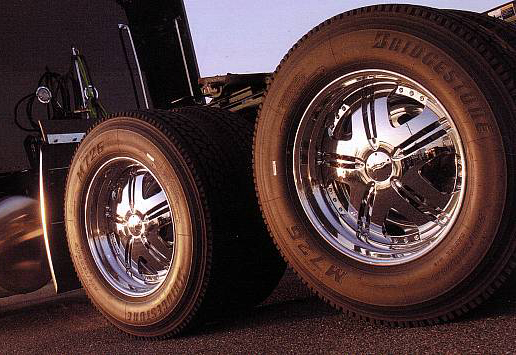 Highways are littered with shredded tires and treads because blowouts are fairly common among semi-trucks. Because they stay on the road almost constantly and carry large weights, semi tires deteriorate quickly. This means that other drivers should never tailgate a large truck to avoid flying debris if a tire comes apart. In addition, pass as quickly and efficiently as possible to avoid remaining near these large wheels.

Never Pass on the Right

If you are driving in stop-and-go traffic never pass a truck on the right. Because of their long bodies, these trucks must swing wide when making turns. It’s not uncommon for a truck to make a right turn from an inner lane to avoid hitting the sidewalk or light poles.

Trucks often slow considerably when going up a hill, which causes them to drop below the speed limit on highways. If you’re behind a truck, follow these tips on passing them safely. First, start the pass as soon as you notice they are slowing down instead of waiting until you are inches from the bumper. Then, pass in the left lane and stay there until you can see the entire truck in your rearview mirror. Next, turn on your signal and move in front of the truck once you are far enough ahead. Finally, maintain a constant speed and don’t slow down once you are in front.

Semis cannot slow down as quickly as other vehicles and that means drivers must leave additional space around them. When driving at highway speeds or on wet roads, leave at least 6 seconds of space between your vehicle and the truck.

It is important to follow these tips in order to safely share the road with semi-trucks.  Most of the accidents between a car and truck can be avoided by safe driving precautions being used by both the car and truck driver.