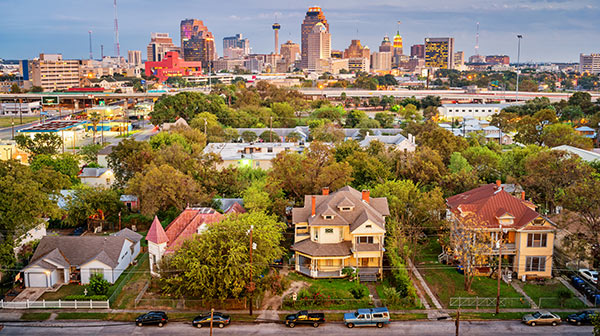 Is It Better to Buy a House in California or Texas?

You may have heard recently that many people, especially Californians, are moving to Texas. Part of the reason is because of the drastic difference in the housing markets of each state. Going from renting to buying isn’t always easy and that jump is usually even more difficult with the steep prices of homes in California. If you’re looking to become a homeowner but aren’t sure if it’s worth the investment in California (or maybe it’s just too expensive), then you may want to consider buying a house in Texas once you see some of the numbers below.

Why is Housing So Expensive in California?

Additionally, California has a high cost of living, high state-income tax, high rent, and many barriers to those who are looking to build a house instead of buy one. Below are just some of the obstacles you’d have to go through to build your own home in California.

You can see that because it is so difficult and costly to build a home in California, many people would not choose that route to become a homeowner. This increases competition for existing homes and drives up the price to buy or rent.

Why is Housing in Texas More Affordable?

Generally speaking, Texas has a lower cost of living, low rent, and fewer barriers when it comes to building a house. Even with high property taxes, it’s still more affordable to become a homeowner in Texas than it is in California. Here are a few reasons why.

Average Cost of a Single-Family Home in California

Let’s take a look at some real numbers to put housing prices into perspective. According to Zillow, the median price in 2018 for a single-family home in California was $549,000. However, the housing prices in the Golden State’s four biggest cities were even higher.

It’s probably no surprise that you would pay much less for a house in the major cities of many other states. In fact, you could even buy multiple homes for that much money in other states, including Texas.

Average Cost of a Single-Family Home in Texas

Zillow also revealed that the median price of a single-family home in Texas was $277,062 which is basically half that of California. Take a look at the median housing prices in major Texas cities.

Dallas has the highest price at $415,000, but that’s not even half as expensive as the cost of home in San Francisco. You could buy three houses in Dallas compared to San Francisco with the same amount of money.

Which House is a Better Investment?

So, in which state would buying a house be a better investment? Before buying it’s important to think about how much you can make if you ever decide to sell your home. According to Redfin, the median sale price of a house in Dallas is up 29% from last year. On the other hand, the median sale price of San Franciscan house is down 2% from last year. Looking at these trends, it seems like investing in Texas housing might just be a smarter—and more affordable—idea.