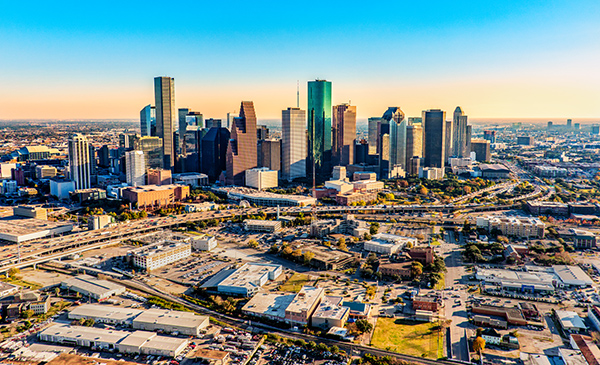 Have you noticed that more and more people are moving to Texas? Maybe not everyone is, but many people are becoming interested in the Lone Star State. So, what does Texas have to offer that other highly populated states don’t? We break down the three main reasons people are being enticed to move out of places like California and New York and all the way to Texas.

1. Texas has Plenty of Job Opportunities 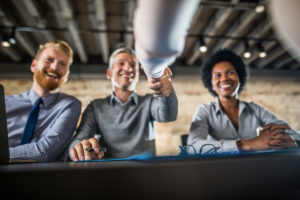 For starters, Texas has six of the country’s 20 biggest cities, including Houston, San Antonio, Dallas, Austin, Fort Worth and El Paso. That means there are a lot of opportunities to go around. Combine that with the state’s historically low unemployment rate and you can imagine why people may gravitate toward Texas.

In 2018, Texas had a lower unemployment rate than the national average and led the nation in employment growth by adding 40,200 jobs to the economy in June alone. During that same year, 16 Texan cities made it on WalletHub’s list of Best Places to Find a Job in 2018.

In 2019, the job market in Texas continued to grow, the unemployment rate stayed below that of the national average and more than 22,000 jobs were added to the economy in March. Industries that saw the most growth in the state included healthcare, technology, customer service, construction and manufacturing.

Additionally, there are plenty of both blue-collar jobs and jobs for university graduates available at high wages in Texas. According to Business Insider, some of the top-paying jobs in Texas in 2019 were:

And sure, other cities like San Francisco and New York City may have higher-paying job options, but they also have a much higher cost of living.

2. Texas has a Lower Cost of Living and Fewer Taxes 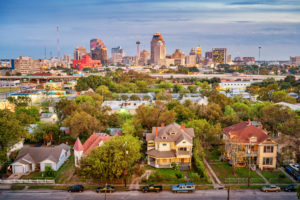 So, let’s compare the cost of living in Texas and California based on numbers from 2019. You’ll find that the average individual requires 27.2% more income to earn a living wage in the Golden State than they do in the Lone Star State. This percentage is based on several factors:

3. Housing in Texas is Cheaper 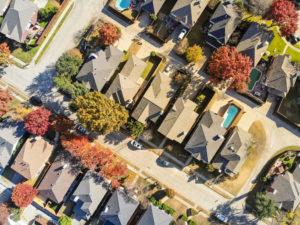 Another significant difference in the cost of living between the two highly populated states is housing. In California, housing costs are a whopping 59.1% higher than those in Texas.

Many reasons that contribute to Texas’ advantage in the housing area. For one, land is cheaper in the Lone Star State compared to others. The process of land acquisition is also very efficient due to fewer regulations and a more amicable government. In other words, there’s less red tape and bureaucratic delays when it comes to development and construction.

According to The Balance, the average price for a rented house in Texas is $1,450 per month and the median home value is $163,100. With rent that low and plenty of job opportunities around, it’s easy to understand why people consider moving from a much more expensive city to a Texan one.

Let’s take a closer look. Dallas made Curbed’s 2020 list of the 10 Best Places to Live in the United States. The population in Dallas is 1,341,000 people, the median home price is $219,173, and the median rent for a two-bedroom apartment is $1,137. What makes all that even better are the new urban developments taking over the city. New apartments, commercial strips, high-profile firms and walkable districts are popular attractions that are continuing to expand. It sounds like a great place to live to us.

Other Things People Love About Texas

Besides the reasons mentioned above, there are many other things that people love about living in Texas. It’s a popular place to raise a family due to its good-value housing, great education and down-to-earth communities. The Lone Star State also has a great mix of history, music and innovation. It’s simply a state that has a little something for everyone.

How Can AIS Help You Move to Texas? 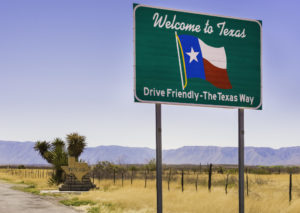 If you’re thinking about making a move to Texas, we can help. AIS offers Car Insurance in all 50 states and reputable Homeowners Insurance options in Texas. That means we can make transitioning to a new place as smooth as possible when it comes to finding a new policy.

Plus, if you’re already insured through AIS, then you may not even have to switch carriers. And even if you do, we have many insurance partners to choose from so we can help you find the best combination of price and coverage. We can also help answer any questions you may have about what coverages suit you and your new lifestyle.

The average cost of Auto Insurance in Texas is $152 per month. The state minimum Liability Insurance requirements are $30,000 in bodily injury per person, $60,000 in bodily injury per accident and $25,000 in property damage. Every driver must carry that amount. Minimum insurance requirements vary by state, so it’s important to make sure you have the correct amount of coverage when you move.

Have more questions about Homeowners or Car Insurance coverage in another state? Speak with one of our Insurance Specialists at (855) 919-4247 so you can receive a free quote in minutes.

The information in this article is obtained from various sources. This content is offered for educational purposes only. It should not replace the advice of a qualified professional. The definitions, terms and coverage in a given policy may be different than those suggested here. No warranty or appropriateness for a specific purpose is expressed or implied.