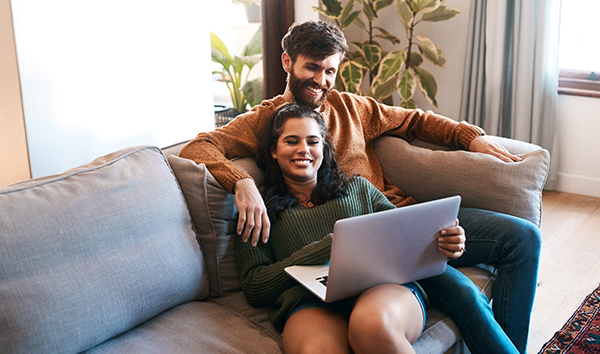 5 Car Movies Worth Streaming This Weekend

Can’t figure out what to stream on your smartphone, laptop or smart TV this weekend? Take a break from the overwhelming amount of new TV shows and movies and instead choose one of these classics. From drag racing to car chases, we’ve compiled a shortlist of movie classics that might just become your new favorites. Each film has more to offer than only cars, too, as they include the actors you already know and love. Did we hear someone say Tom Cruise or Paul Walker?

Make some popcorn, sit back, relax and put your feet up. Then, enjoy watching these car movies on the big (or small) screen from the comfort of your own home.

This film highlights the life of Rick “The Iceman” Stewart as he took the wheel of a Top Fuel dragster in 1965. His racing career may have been short-lived, but he left an impression on the drag racing world. He was also a chief starter for the NHRA’s national events. The racers in Seven Second Love Affair drive everything from hopped up “Mercs” to Supercharged “Rail Dragsters” that go over 220 mph in one mile. The documentary is only 58 minutes long, but you’ll be immersed in the golden era of American drag racing the entire time.

In this movie, reformed car thief Randall Raines is forced to steal 50 luxury vehicles in three days in order to save his brother’s life. Of course, it’s your typical crime lord who’s demanding such an impossible task while keeping Randall’s brother hostage. Once the most successful car thief in California, Randall rallies his retired partners back together to fulfill his mission, all the while avoiding a rival band of thieves and the local police. The cars in this film are fast, rare and yes, some do get wrecked. There’s obviously plenty of car chases to keep things exciting, too.

Enter the fast-paced world of NASCAR to watch a rivalry unfold between rookie hotshot Cole Trickle and veteran racer Rowdy Burns. The rivalry quickly turns into a friendship after both characters are seriously injured in competition. Soon after, the rookie racer falls in love with a neurosurgeon who has disdain for the dangers of racecar driving. However, the rookie recovers from his injuries and races in the Daytona 500 while leaving his veteran friend to watch from the sidelines.

Technically this 1968 movie isn’t about cars, but it does have one the most famous car chases ever filmed. Bullitt is really about a San Francisco cop assigned to guard a star witness in a mobster case who ends up dead. The police lieutenant and main character, Frank Bullitt, follows the mobster hitmen through a maze of complications and double-crosses. This classic Steve McQueen movie is sure to keep you on your toes.

We’re betting you’ve already seen The Fast & The Furious movie that started it all, but if not, now is a perfect time. The series begins with Dominic Toretto as a rock star street car racer with dangerous rivals. Along the way, Dom decides to take newcomer Brian O’Connor under his wing. Dom’s sister also takes a liking to Brian, making things even more complicated when they realize he’s an undercover cop. In fact, Dom and his rivals are both prime suspects in a case involving dirty money and car hijacking. See how the friendship of two unlikely adrenaline-junkies blossoms into the franchise it is today.

The reason it’s a great time to re-watch the Fast & Furious films is because there’s a new one coming out on August 2nd, 2019. It’s a spinoff of the original series called Fast & Furious Presents: Hobbs & Shaw. Starring Dwayne “the Rock” Johnson as Luke Hobbs and Jason Statham as Deckerd Shaw, this movie looks like an epic action-packed thriller. If you mostly love these movies for the cars, then look out for the McLaren 720S and a whole lot of postapocalyptic-looking utility vehicles. You can find the trailers here.

The information in this article is obtained from various sources. AIS Insurance does not own any trailers shown above. This content is offered for educational purposes only. No warranty or appropriateness for a specific purpose is expressed or implied.