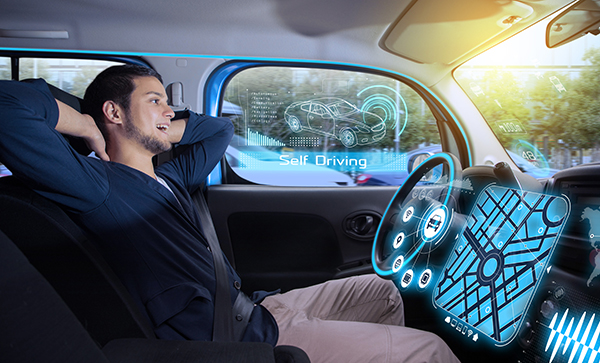 The race to having completely self-driving cars on the road continues, and many automakers get closer every day. On the market now, there is Tesla, whose semi-autonomous vehicles can already match traffic speeds, transition from one freeway to another, self-park and be summoned from a garage. Additionally, Audi, BMW, Nissan and more have autonomous features available in some of their 2019 models. 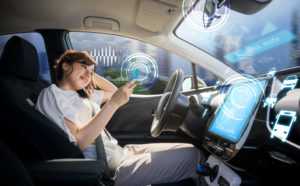 Human drivers are easily distracted and have the potential to make risky or dangerous decisions while behind the wheel. Therefore, the theory behind autonomous cars is that a robot is a safer driver than a human driver, meaning fewer accidents. Fewer accidents mean a cleaner driving record. A clean driving record indicates a lower Auto Insurance premium. Sounds ideal, right?

Basically, autonomous vehicles have the intention to eliminate human error on the road. Self-driving cars won’t suffer from road rage or forget to check their blind spot before switching lanes. They also won’t drive distracted, tired or under the influence. Eventually, autonomous cars will most likely be able to navigate harsh weather better, too.

Human error is the most common cause of a car accident. So, what happens if self-driving cars eliminate these errors? You’ll probably be considered less of a risk to insure by your Car Insurance company. If you’re not the one driving your car, many factors considered by insurance companies are taken out of the equation. 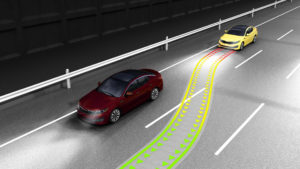 For instance, age and driving experience would no longer matter. One of the most significant factors, your annual mileage, may cease to matter as well. This is because regardless of the distance you go, your chances of getting into a collision will still be significantly less with your car driving itself.

The one factor that will still come into play is your zip code. If you have a high auto-theft rate in your neighborhood, you may experience increased Auto Insurance rates. However, a theft-detection feature could be the next step in autonomous vehicles. How great would it be if your car could detect when someone was attempting to steal it and then drive off before it happened?

As you can see, the Auto Insurance industry will probably change as the autonomous vehicle industry does. Car Insurance premiums will likely drop as the risk of accidents decrease. Car Insurance might also start to focus more on coverage that protects you in the case your vehicle gets stolen, vandalized or damaged by something other than a collision. In the years to come, Liability Insurance may no longer be required by law.

Who Will be Liable if There is an Accident? 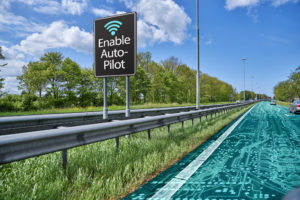 As autonomous cars are being developed, there are bound to be errors, human or otherwise. So, who’s responsible if a self-driving car does get into a collision? Many predict that it will be the automakers who accept the blame and remain liable for damages in the case of an auto accident. Now, that may be hard to believe. But, Google, Volvo and Mercedes-Benz have already accepted liability in cases where their self-driving systems caused a crash.

However, there will most likely be a lot of litigation before precedents are set in these types of cases. Automakers may even install tracking sensors in their vehicles to determine whether a human or the car itself was at fault in an accident. In fact, Volvo has already started creating cars with in-ward facing cameras to track drivers’ habits. This initiative has already begun to raise even more questions, particularly in regard to privacy. Is privacy something drivers will have to give up in order to eliminate accidents on the road? Only time will tell.

How Can You Lower Your Auto Insurance Rate Now? 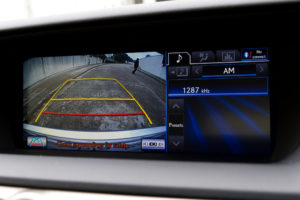 It’s true that we’re a long way away from roads being entirely navigated by autonomous vehicles. As more semi-autonomous and eventually totally autonomous vehicles take over the road, insurance companies will see fewer and fewer accidents. Until then, there are still car safety features available today that you can take advantage of.

By 2025, as many as 40% of cars may have semi-autonomous systems available. These will mainly include lane change alerts and forward collision prevention. Many Auto Insurance companies already offer discounts for having these features in your car. If you recently bought a new car, it probably has safety features that can score you a discount on your Car Insurance and lower your rate. Additionally, there are other discounts that you may qualify for that can lower your rate if you’ve recently gone through a significant life change. To see what discounts you qualify for, speak with an Insurance Specialist at (855) 919-4247.

We want to hear from you! Answer our poll below:

Do not drive distracted as visualized in any images in this article. The information in this article is obtained from various sources. This content is offered for educational purposes only and does not represent contractual agreements. The definitions, terms and coverages in a given policy may be different than those suggested here. No warranty or appropriateness for a specific purpose is expressed or implied.