Should You Install a Crash-Avoidance System on your Car?

There’s a distinct advantage to purchasing a new car rather than a pre-owned one. That is, the newer vehicle will probably have more safety features than its older counterpart. Years ago, you could buy a car with optional safety features like anti-lock brakes, air bags and backup cameras. Today, all of this technology is standard equipment on most vehicles. One of the latest add-ons for vehicle safety is the crash-avoidance system. Using a variety of sensors and cameras, these systems help the vehicle detect unsafe conditions before the driver can. This reduces the chances of a collision.

Get a Crash-Avoidance System Without Buying a New Car 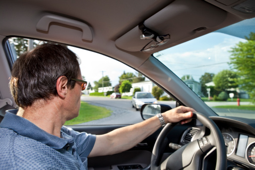 A New York company called Safe Drive Systems has revealed a crash-avoidance system that acts as an “aftermarket” accessory to any vehicle that was manufactured this century. This product uses radar technology to monitor the road in front of the vehicle and then notifies the driver of any obstructions, slowing traffic or other dangers that can lead to an accident. If necessary, drivers can turn off the system using their turn signal.

A spokesman for Safe Drive Systems says that the company is unveiling two different versions of this technology. The Premier system costs about $1,100 to install on most vehicles. It issues audible and visual warnings from a device mounted on the dashboard near the steering wheel. Premier also has the capability to scan the road 20 times per second for up to 460 feet in front of the vehicle.

The more advanced version, called Premier Plus, also utilizes lane-departure technology in case the vehicle drifts out of its lane. This is accomplished by a camera placed near the windshield which scans lane marking on the road. Premier Plus costs around $1,700 to install.

Note that neither the Premier nor the Premier Plus includes autonomous braking in their systems. However, autonomous braking is available on some factory-installed crash-avoidance systems. This technology automatically engages the brake if the car determines that a collision is imminent or likely. The Safe Drive Systems spokesman says this may be added to its product line in the future.

Many drivers know that certain automotive features and devices, like car alarms, air bags and vehicle locator systems, can lower Auto Insurance premiums for the vehicle’s owner. However, that is not the case right now with aftermarket crash-avoidance systems like Premier or Premier Plus (2014). That’s because there isn’t any data thus far to support that this technology lowers the incidence of auto accidents or the related claims. Hopefully, that will change in the future as more people install these systems on their vehicles.

You can still reduce your Auto Insurance rates without installing expensive technology on your vehicle. Visit AISInsurance.com or call (855) 919-4247 to get a free quote. Through either method, you will receive multiple low rates within minutes, possibly saving you hundreds of dollars a year on your premium. What are you waiting for?

This content is offered for educational purposes only and does not represent contractual agreements. It should not replace manuals, instructions provided by the manufacturer or the advice of a qualified professional. The definitions, terms and coverage in a given policy may be different than those suggested here. Such policy will be governed by the language contained therein.