Five of the Greatest Detective Cars Ever in Pop Culture 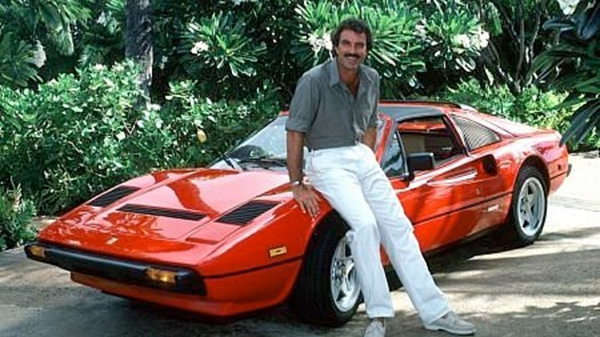 Throughout pop culture history, fictional detectives have been paired with perfect-wheeled Watsons. It would also seem that detective cars have to be stylish, eye-catching and ones to remember. Hagerty Insurance knows their classic cars, which means they know their classic car history. From television to movies to literature, here are five of the greatest fictional detective cars as compiled by Hagerty.

Garner’s affable, down-on-his-luck private detective Jim Rockford had hidden depths. On the surface, he lived in a mobile home and was barely scraping by. He drove a base-model light-brown Firebird. However, watch out when Rockford throws his car in reverse. A J-turn involves reversing at high speed, cranking the wheel over and slamming the transmission back into forward gear as the car pivots. This stunt was performed so often on The Rockford Files, often by Garner himself, that people started calling it a Rockford turn. Three Firebirds were used each season. Most of them were the Formula 400 version with better handling and performance. The crew also fitted plain hoods and reworked them to look like the cheaper Esprit to better fit Jim Rockford’s skinflint lifestyle. 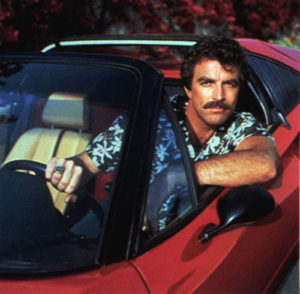 Did you know? The Ferrari 308 wasn’t a good fit for Magnum P.I.’s Tom Selleck. The crew had to remove the driver’s seat rails, and even then, the top of his head poked through the Targa roof. But it was such a perfect match for the larger-than-life character. Sporting an Aloha shirt and impish grin beneath a thick mustache, everything about Magnum P.I. screamed Ferrari. So, they just had to make it work with Tom Selleck.

One detective you underestimated at your peril was the perpetually rumpled Frank Columbo. The game was afoot even before Columbo had alighted from his equally ramshackle car, a battered old Peugeot convertible. However, a 403 Cabriolet is actually a fairly rare machine. There were just over 2,000 produced worldwide and only a few of those stateside. Columbo’s version looked like it was constantly on the verge of going on strike. Still, it shuffled along amiably, getting worse-looking episode by episode. As a pairing, it was a stroke of genius. According to The Columbo Phile, an exhaustive book on the series, the Peugeot was picked out by Falk himself. Walking through the Universal Studios backlot, he couldn’t find a match. But just as they were walking out, way back in a corner, he saw the nose of a car sticking out. Once he got closer, Falk said, ‘This is the one.’”

“The Striped Tomato,” as it would come to be known, was a lasting small-screen icon that can hold its own beside the General Lee or Barris Batmobile. Who ever said anything about cracking a case by following the clues? The best way is to drive through an improbably placed chicken coop, a pile of cardboard boxes and a plate-glass window. Yep, that oughta do it. Starsky’s Gran Torino isn’t just loved by fans of the show. It was also a good match for his loud, Brooklyn-born street savvy. By comparison, Hutch’s beat-up old Ford Galaxie 500 better fits his thoughtful, Midwestern nature.

James “Sonny” Crockett drove a 1972 Ferrari 365 GTS/4 Daytona on Miami Vice. That is, until it got blown up with a Stinger missile and he needed something new. Anyone who remembers Miami Vice only has eyes for the machine that replaced the black Daytona, an all-white Testarossa. That iconic car came complete with a single rear-view mirror and a giant car phone. It wasn’t so much a car as it was a poster, but what better machine to represent the excess of the era, and the life of a vice cop in Miami? Only a Lamborghini Countach could have come close. Thank goodness for Stinger missiles.

Which one of these detective cars do you think is the most iconic in pop culture?

5 Ways to Make Car Rental a Breeze
4 Surprising Services Offered By AIS
Which Roadside Assistance Service Is Right For You?
5 Tips For Getting Motorcycle Insurance
Win a Free Carbon Monoxide Detector!
What the Future of Car and Air Travel Look Like for 2020
﻿﻿﻿How COVID-19 Has Changed Traffic, Car Insurance, and More in the U.S.
What Is a Contractor Bond?
How to Sanitize Your Car After Going to the Grocery Store or Gas Station
Tips and Resources for Small Businesses: COVID-19